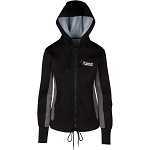 Sweat It Out! 5 Surprising Health Benefits Of Sweating That Actually Don’t StinkApril 11, 2015 11:11

Sweating can be embarrassing if you’re at school, work, or spending a night out on the town. Sweat marks and the stench could leave you in a pit of embarrassment but could also be beneficial to your health. The almost 1 liter of sweat our bodies produce per day can strengthen our immune system and give us healthy-looking skin.

Dr. Adebola Dele-Michael, a dermatologist at Radiant Skin Dermatology and Laser in New York City told Medical Daily in an email: “Sweating is the way the body and the skin protects itself from overheating. Sweating also increases the blood circulation in the body.” The drips of perspiration is proof our body has a built-in mechanism for keeping cool, which can help open up and unclog pores. The droplets consist primarily of water, as well as concentrations of sodium and chloride, and potassium to an extent, according to How Stuff Works.

Don’t be afraid to sweat it out with these six health benefits that actually don’t stink.
1. Boosts Endorphins

Prolonged sweating is expected to occur at the gym during an intense workout or even brisk walking in the sun. Exercising increases the level of the “feel-good” endorphin hormones that are naturally released during physical activity. A 2009 study published in the journal Biology Letters found group workouts actually increase endorphin levels and cause less pain for those who work out together than those who train alone. Sweating it out during a group exercises like Zumba or hot yoga can help put a smile on your face.
2. Detoxifies Body

One of the most efficient ways to detox your body — without the juicing — is to sweat. Sweating can flush the body of substances of alcohol, cholesterol, and salt. The body releases toxins by using sweat as the conduit. “Sweat purges the body of toxins that can clog pores and plague the skin with pimples and blemishes,” Dele-Michael said.

Sweating can be an effective way to sweat out the salt and retain calcium in your bones. This limits the accumulation of salt and calcium in the kidneys and urine, which is where the stones come from. It is no coincidence people who sweat tend to drink more water and fluids, which is another prevention method for kidney stones.

A study presented at the 2013 American Urological Association conference in San Diego, Calif., found even walking for a couple of hours a week could cut the risk for developing kidney stones. Mild to moderate activity changes the way the body handles nutrients and fluids that affect stone formation. Sweating helps flush out the system more efficiently because it demands more hydration from the body.
4. Prevents Colds And Other Illnesses

Perspiring can actually help fight tuberculosis germs and other dangerous pathogens. Dr. Diane De Fiori, a dermatologist at the Rosacea Treatment Clinic in Melbourne, Australia, told Medical Daily in an email: “Sweat contains antimicrobial peptides effective against viruses, bacteria, and fungi. These peptides are positively charged and attract negatively charged bacterial, enter the membranes of bacteria, and break them down.”

A 2013 study published in the Proceedings of the National Academy of Sciences proved dermcidin is a highly effective tool to fight not only tuberculosis germs but other dangerous bugs. The researchers believe these natural substances are more effective in the long-term than traditional antibiotics because germs are not capable of quickly developing resistance to them. The natural antibiotic is naturally activated in salty, slightly acidic sweat.
5. Zaps Zits

Your pores open up when you sweat and that releases the buildup inside them. According to Dele-Michael, “Sweat purges the body of toxins that can clog pores and plague the skin with pimples and blemishes.”

These skin benefits only apply to mild or moderate sweating. Excessive sweating, formally known as hyperhidrosis, can actually predispose individuals to skin infections such as warts and tinea. “Eczema and rashes occur more often in people with hyperhidrosis,” De Fiori said.

Sweating does have its pros and cons when it comes to your health. To avoid sweating profusely, avoid triggers such as caffeine and wearing natural materials, De Fiori said, and opt for possible treatments like prescription antiperspirants, and even Botox. Remember, it’s OK to sweat it out when you dance or workout.

Sign Up for exclusive updates, new arrivals
and insider-only discounts 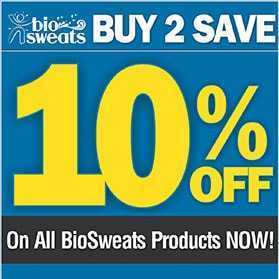